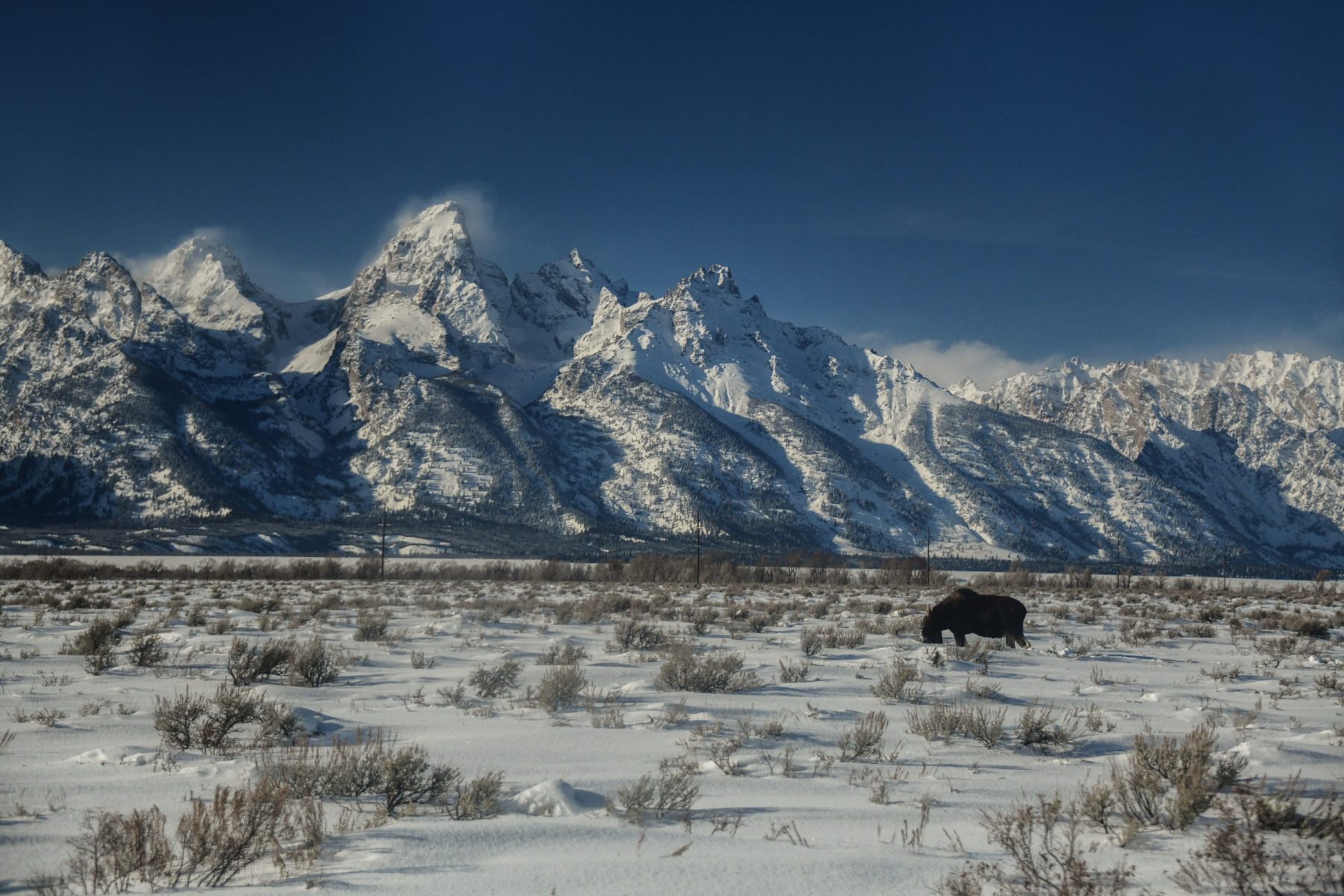 This week’s blog was written by Devin G., a Bucktails alumni. He shares what he learned in Wyoming while participating in Winter Moose Day.

When in Wyoming, there are always ample opportunities to get involved in wildlife-related activities. I recently participated in Winter Moose Day earlier this February, an event hosted by the University of Wyoming’s Biodiversity Institute. Here we learned how to identify moose signs and the regional history of local moose populations. Naturalists taught us how to distinguish between elk and moose scat and tracks, as well as how to gender and age moose even after their antlers have dropped. For example, the presence of pedestals where antlers begin growing is a distinct feature found only in males and a white, triangle-shaped patch found on the rump, called a vulva patch is a sign that the moose is female. We were to use these skills in the field, assisting the Wyoming Game and Fish Department as citizen scientists, gaining data on moose populations.

After receiving training, bright and early on a Saturday morning, groups set out to brave the harsh winter winds and survey the southeast corner of the state for moose. My team consisted of myself and two other plucky outdoor enthusiasts looking for a thrilling start to their weekend. We chose a six and a half mile transect, following Pelton Creek, a riparian area found near the Colorado-Wyoming border in the Medicine Bow Mountains. Strapping on our snowshoes and wading through knee-deep snow, we began our trek as the sun emerged and journeyed with us, climbing high above the snowy peaks.

Throughout our hike, we remained vigilant, keeping a close eye for any wildlife signs. Although our search for moose proved fruitless, the morning was a success. We saw a variety of fresh tracks, painting us a picture of the landscape. Snowshoe hare tracks in the powder showed a sudden acceleration across the trail, and when we look further back we could see why. The distinct tracks of a fox appeared in close proximity, its gait and speed displayed clearly. We saw other signs of animals as well. A shrew, perhaps looking for a tunnel to access its subnivian home, bound across the snow, leaving A pair Clark’s Nutcracker flitted overhead, the male attempting to court a seemingly uninterested female. We watched this interaction as we took a water break, contemplating our next move.

The snow crunched underfoot as we completed our transect and the wind whistled through the trees in a quiet form of congratulations. We had finished our part of the project and although we did not have much to show, as the project coordinator had said “no data is still data”. On the return trip, while cruising through the winding roads of South Pass we encountered yet another form of wildlife. Unfortunately, this was not a moose, but a golden eagle scavenging a mule deer carcass. I slammed on the brakes as the majestic raptor spread its wings to defend its meal from the giant red beast that was my Jeep. Grabbing my camera, I stood through the moon roof and lined up some shots. Regrettably, due to technological malfunctions, I was unable to take any quality photographs, though the experience alone was enough.

After returning to Laramie, we submitted our datasheet to the coordinators, hoping even our lack of sightings could be useful. Biologists use all of the data collected to better understand the population densities of local moose, reproductive rates, and habitat quality. In recent years, moose populations have been showing a pattern of decline and this is suspected to be caused by a number of reasons. Parasites like the carotid artery worm and winter ticks can cause moose to become anemic and die, especially during dry springs. Also, a loss of habitat, from human development or wildfires can negatively impact moose populations, destroying cover that keeps these animals cool in hot, harsh summers. Although the results have yet to be released, I feel proud to have participated in this survey and hope to continue to do so in the future.