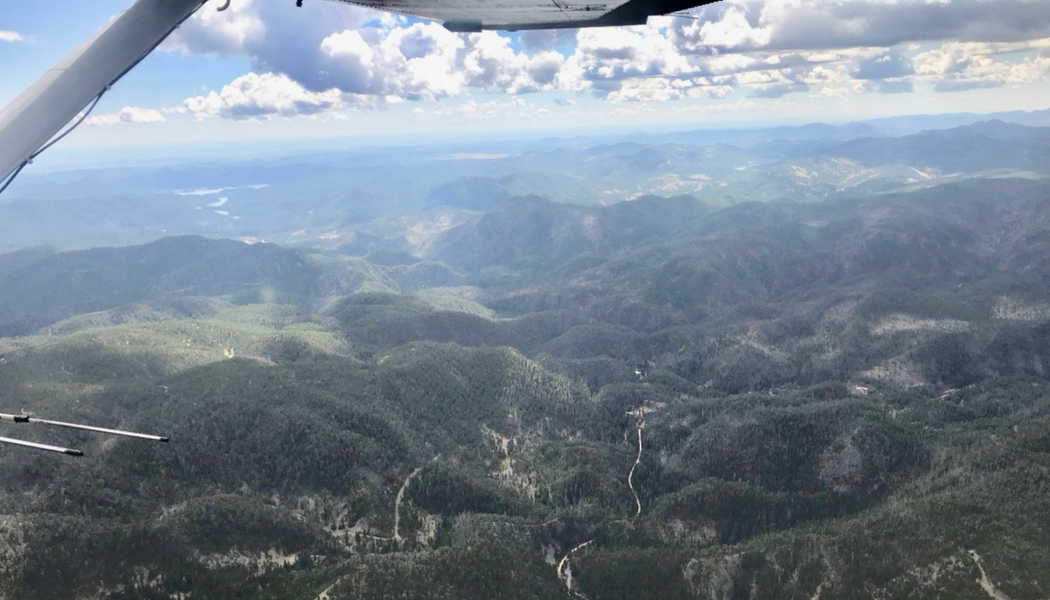 A Summer in South Dakota

Sean L., is a Drummers Alum and is currently a Junior at Penn State DuBois, majoring in Wildlife and Fisheries Science. In this guest blog, Sean writes about his summer experience with the South Dakota Game, Fish, and Parks as a Big Game Research Intern.

This summer I was employed by the South Dakota Game, Fish, and Parks as a Big Game Research Intern, and it has been nothing but an amazing experience. This job has involved working with a variety of species including white-tailed deer, mule deer, elk, pronghorn, and occasionally mountain lions. Some things that I have worked on this summer are capturing fawns to radio collar them, locating radio collared elk to determine calving grounds, elk herd surveys, deer spotlight surveys at night, and mountain lion necropsies. However, most of my job this summer has involved flying over the western half of South Dakota in a small Cessna 182 aircraft, monitoring roughly 1,000 collared animals using radio telemetry in the Black Hills National Forest and Badlands region. 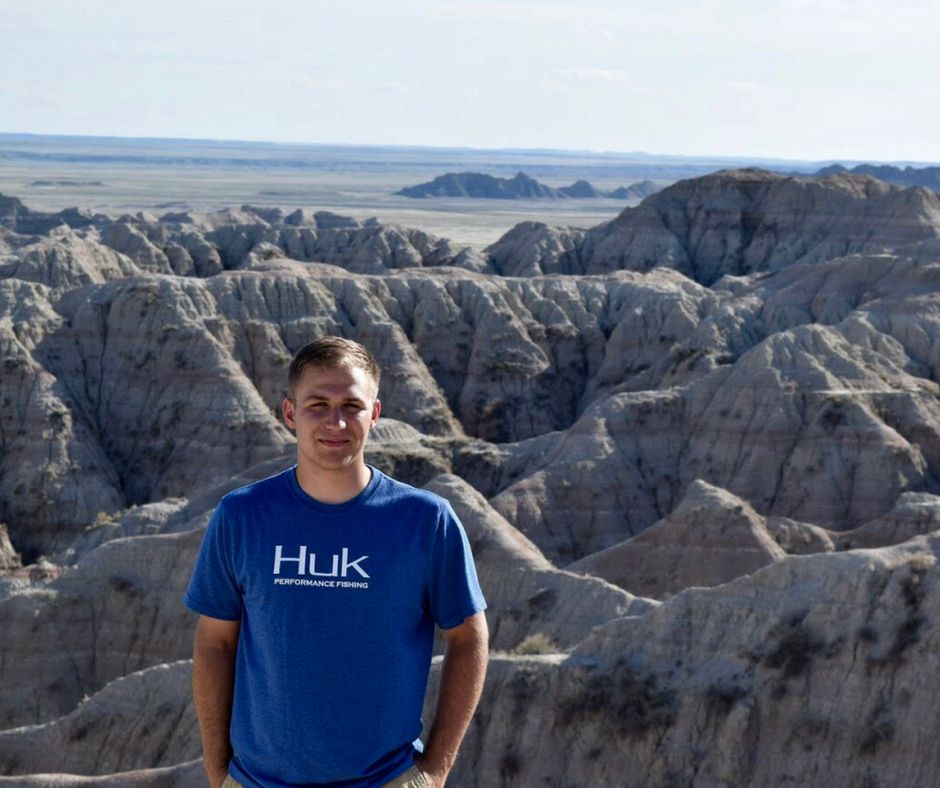 South Dakota has one of the highest numbers of radio collared animals compared to other states. The planes that we fly in have antennas that are attached to the wings of the plane that pick up the radio signals being transmitted by the radio collars. Each animal has a unique frequency so that we are able to identify them from each other. One of the reasons we fly in an airplane when monitoring animals is because the signal from the collar can be picked up from miles further away than if you were on the ground. The main thing that we are looking for when monitoring animals, is whether the animal is alive or if it has died. When the animal is alive the collar sends out a beeping signal that is fairly slow, but when a collar is motionless for a few hours the beeping will become much more rapid, letting us know that the animal has probably died. So, when an animal’s collar is transmitting a mortality signal we get a location from the plane, so that we know the general location of the animal.

The next step is to walk in on the ground to the collar, using radio telemetry to locate it. A mortality investigation is then completed to determine what had killed the animal. From all of this data, the agency can determine survival rates of different species, which is important for population modeling and determining hunting tag numbers for the upcoming year.

I personally feel that the Wildlife Leadership Academy has tremendously helped me when applying for jobs and being able to have amazing opportunities like this. Employers want to hire people that are dedicated to the wildlife field, and involvement in a Wildlife Leadership Academy field school is a great way to show that. The field schools give you a great head start in your career before even starting college.