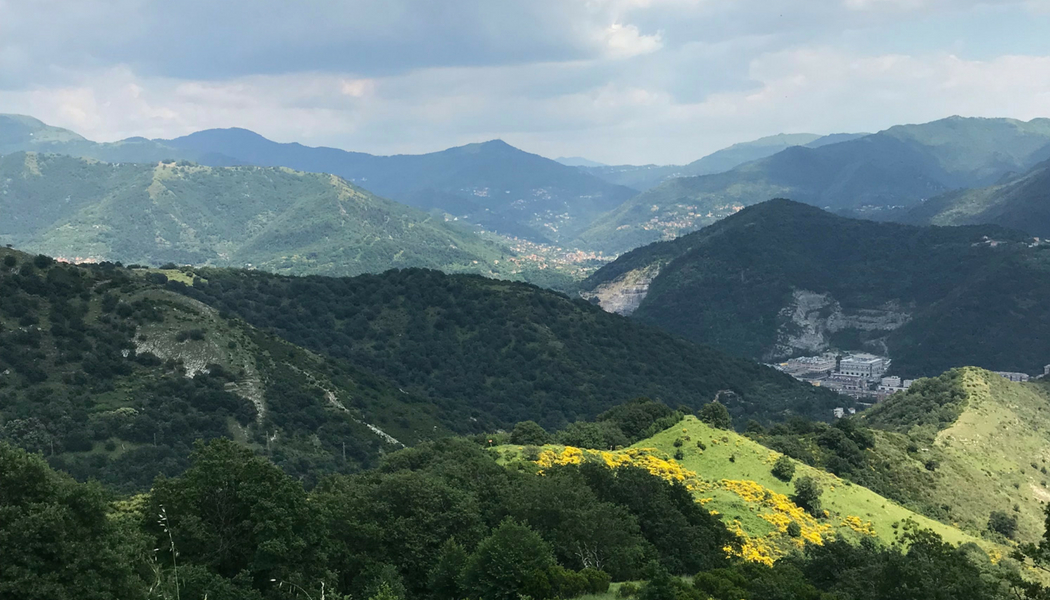 Noelle L., is a Bucktails Alum and will be going into her freshman year at SUNY: College of Environmental Science and Forestry this fall. She is excited to be majoring in conservation biology.​​​​​​​ In this guest blog, Noelle writes about her adventures abroad with her family.

In June 2018, my family and I had the amazing opportunity to travel to Spain, France, and Italy. While in Italy, we decided to participate in a hiking excursion through the valleys of the north-western Apennine Mountains above the port city of Genoa to an establishment built in 1758 called Forte Diamante – translated to “Diamond Fort”- getting the name as it sits 2,204 feet atop a solitary peak called the Mountain Diamante. It was one of the hardest hikes I’ve completed. We ended up hiking a total of 6 miles out and 6 miles back. The terrain was rough and very uneven; so uneven that I twisted my ankle twice on the steep descent. Just getting to the top of the mountain felt like an accomplishment and the view was incredible. The view could have been from The Sound of Music, that’s how beautiful the rolling hills of Genoa looked. One sweep of your head took you from the 18th Century forts that topped each peak, to the city and modern soccer stadium below, to the bustling port, and then to the Mediterranean Sea on the horizon. Spectacular!

The flora in that part of Italy is unlike anything I have seen in Pennsylvania, but it was all beautiful and so exotic. One shrub that was prevalent on our hike through the “butterfly path” was what the locals called “broom.” Upon further research, the common broom grows in the Mediterranean region in dry, sandy soils. In the spring and summer time, its stems are covered in golden-colored flowers. During the hike, we only saw the golden flowers of the broom and all you could smell were the flowers, reminding me of the honeysuckle that grows in my own yard.

A bit later in our trip, we traveled to Mt. Vesuvius and the ancient ruins of Pompeii. We were bussed to the first checkpoint on the mountain, but we still had to hike 660 feet up to the top of the crater. The path took us through three checkpoints along the mountain and by the last checkpoint, we were essentially above the cloud line that day. It was extremely cool to see the paths the lava had flowed along and how those very paths altered the surrounding landscape. There were tons of grasses and plant life growing on the slope, but little to no wildlife that I could see other than a very cute small lizard (a turkish gecko perhaps) resting on a rock. It was inspiring to see how fertile the ground is after an eruption. So fertile, in fact, locals live right on the bottom of the volcano and grow crops year after year.

The top of the volcano, the “caldera,” wasn’t exactly what I was expecting, but I quickly understood that eruptions are typically violent moments that basically reshape the volcano’s cone each time. The crater that day was filled with ash and dirt with a few smoking fissures. I definitely remembered history lessons surrounding the famous eruption in 79 AD, but was surprised to learn that it had last erupted in 1944 during World War II. This trip was definitely once in a lifetime for me and I am forever grateful that I was able to see and experience the beauty of the Mediterranean Coast of Western Europe.

← Exploring an AMD Stream
A Summer in South Dakota →