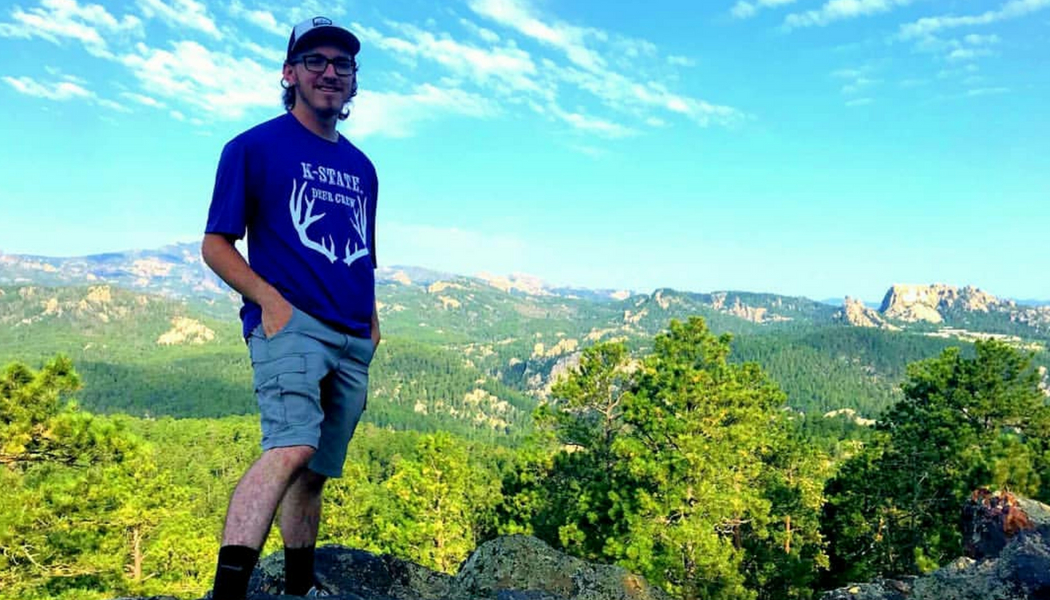 Luke B. is a Bucktails and Drummers Alum. He is currently a senior at Penn State in Wildlife and Fisheries Sciences. During this past summer Luke worked in Western Kansas on a deer study for Kansas State. In this guest blog, he writes about his experience capturing fawns, radio telemetry and vegetation surveys.

This past summer I worked for Kansas State in the western portion of the state, specifically in Scott City. My job duties included fawn capture, radio telemetry and vegetation surveys. This study focused on both White-tailed and Mule deer. Fawn capture focused on does that were netted by a helicopter crew in the previous February, which were then collared and a VIT was inserted in them. VITs are small transmitters that are inserted in the vaginal area of the doe. Once the doe gave birth the VITs sent a signal to the collar, which notified us of the fawns being born. When this occurred, we would go out to where the last known location of the doe was and use radio telemetry to hone in on the birth site and the VIT. We would look around the birthing area for the fawns. After we located the fawns we would blind fold them to keep them calm, fit them with a collar, ear tag them, and take some general measurements.

We monitored the fawns for 10 weeks after capture to see where they moved and their habitat preference. If our fawns’ collar would give off a mortality signal, we would walk in and check to see if the collar was malfunctioning or if the fawn was in fact dead. Sometimes the fawn was dead other times the collar just slipped off of the small deer. Along with checking for a mortality signal we would walk in on the fawns everyday to get a GPS location. The next day we would complete a vegetation survey of that spot along with a “random” plot 300 m in a random direction. After fawn capture was over, meaning all of our collared does had either given birth or had a defective collar/Vit, vegetation plots were a main focus. This was interesting to see how deer would move from area to area, whether it was cattle pasture, agricultural fields, or CRP fields. Each week we would also do vegetation plots for the collared does to see what areas they were using as well.

← A Summer in South Dakota
September Student of the Month – Eileen C. →