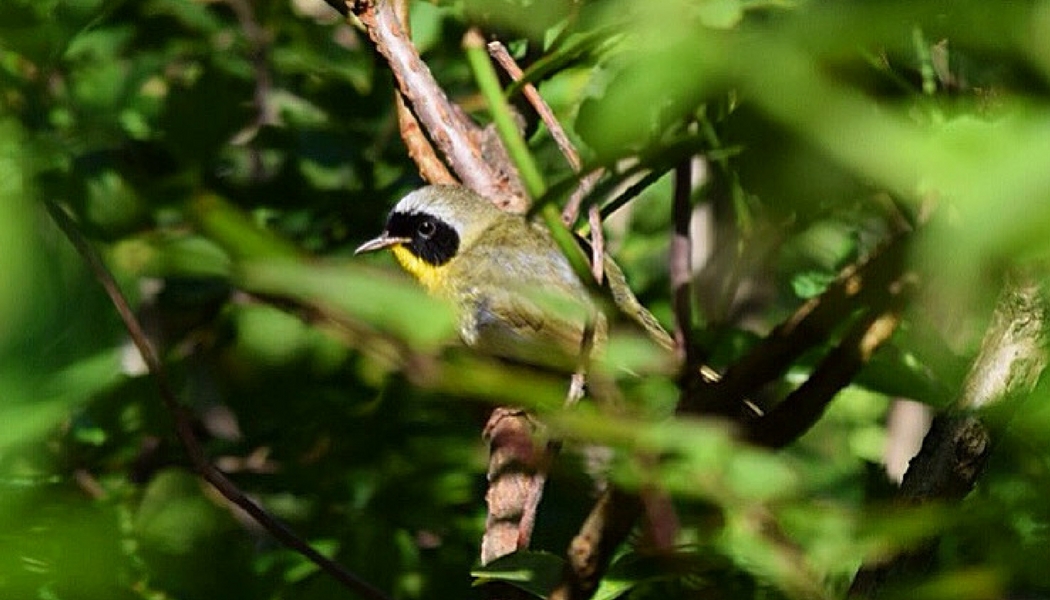 Fragmentation: A Pandora’s Box for Birds

This week’s blog, written by a second year Monthly Blog Correspondent, Eli D, is ‘for the birds’! Eli, a Bass and Brookies alumni, often goes birding around Penn’s Woods. He explored a wooded area where birds inhabit places that are affected by habitat fragmentation, and muses over the benefits and costs to the ecosystem caused by these fragmented areas of wilderness during his outing.

Anyone who is familiar with Penn’s Woods knows that it is polluted with logging roads, access paths, and pipelines that slice it up like a jigsaw puzzle. It is a prime example of habitat fragmentation, and its effects range from the spread of invasive species to the presence of dangerous Lyme disease. Despite that though, the edge habitat created by such disturbances can lead to increased avian diversity and a great day of birding.

Last year, I was birding along a fire break in Kings Gap State Park, Cumberland County when I stumbled upon a clearing. As I walked into the middle of the clearing, the trees around me seemed to come alive as I was surrounded by a plethora of birds. This took me a bit by surprise, given that I had walked a half a mile through a largely uninhabited, unfragmented forest to get to the clearing. Among the members of the “avian greeting committee” were three Red-Headed Woodpeckers, four Scarlet Tanagers, a Black-Billed Cuckoo, and a few Indigo Buntings.

As I watched immersed in the wonder, a Pileated Woodpecker and Wood Thrush came into the clearing. This got me to wonder what the effects of this clear were on the greater forest ecosystem. The positive impacts of the clearing were obvious at first blush, but as I dove deeper, the negatives of this clearing became also apparent.

I first noted that the clearing was caused by a major non-native pest of Pennsylvania’s hardwood forests-the gypsy moth. The dead oak trees, which stood in the clearing, were nothing more than skeletons of their former selves. It was eerie and dishearten to see these majestic trees rotting away.

Oaks are a keystone species and they are used by most every organism in the forest including birds, which rear their young on the over 500 species of insects found in their leaves. The impact of this loss is difficult to quantify due to the vast role oaks play in the ecosystem, but the price per thousand board feet at the saw mill ranges from $360-$470.

Walking through the site, my feet became entangled in Mile-a-minute, a vine which has become an all too familiar sight across the state. Mile-a-minute not only acts as a deterrent to recreation, but it is non-native and chokes out native plant species. In order to be successful, Mile-a-minute needs an open woodland, which has been disturbed in some way. The gypsy moth invasion at this site provided enough of a disturbance for the Mile-a-minute to take hold. 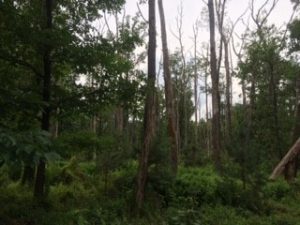 Before we delve any farther into the effects of fragmentation, I would like to dispel a common misconception. That is, Pennsylvania was an uninhabited forest prior to European colonization, with little to no fragmentation. While there was certainly less fragmentation in the state’s forest back then, it is false to assume that fragmentation did not occur. Four distinct tribes of Native Americans lived in Pennsylvania alone, and it is well know that these tribes made clearings not only for agriculture and fire- wood, but also to create early successional habitat for game animals.

In addition to Native Americans creating clearings, Beavers also formed natural clearings and wetlands, which provided a break in the dense forest. The bottom-line is, clearings and fragmentation have always naturally occurred. But, there are a number of changes that have occurred since pre-colonial times that have changed the dynamics of forest clearings. They are:

Now, I pose the question, “Do the positive benefits of the clearing at this site outweigh the negatives or vice versa?” Clearings do naturally occur, and certainly the Red-Headed Woodpeckers and other birds listed above would not be present without the clearing. But, what will the site look like 10 years in the future when all the dead oak have rotted away? I have a few propositions:

But as with any issue, a number of factors could change the outlook for the site: 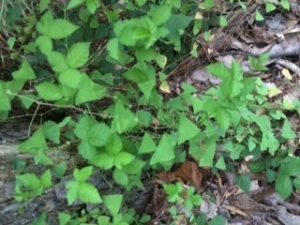 In conclusion, clearings can have a positive impact on bird population so long as they are properly managed to prevent invasive species from taking hold. It is our responsibility as stewards of the land to insure that any clearings that are created, whether man-made or not, are managed to insure their benefit for our native wildlife.

← Healthy Soils are Full of Life
Reduce and Reuse, not just Recycle →