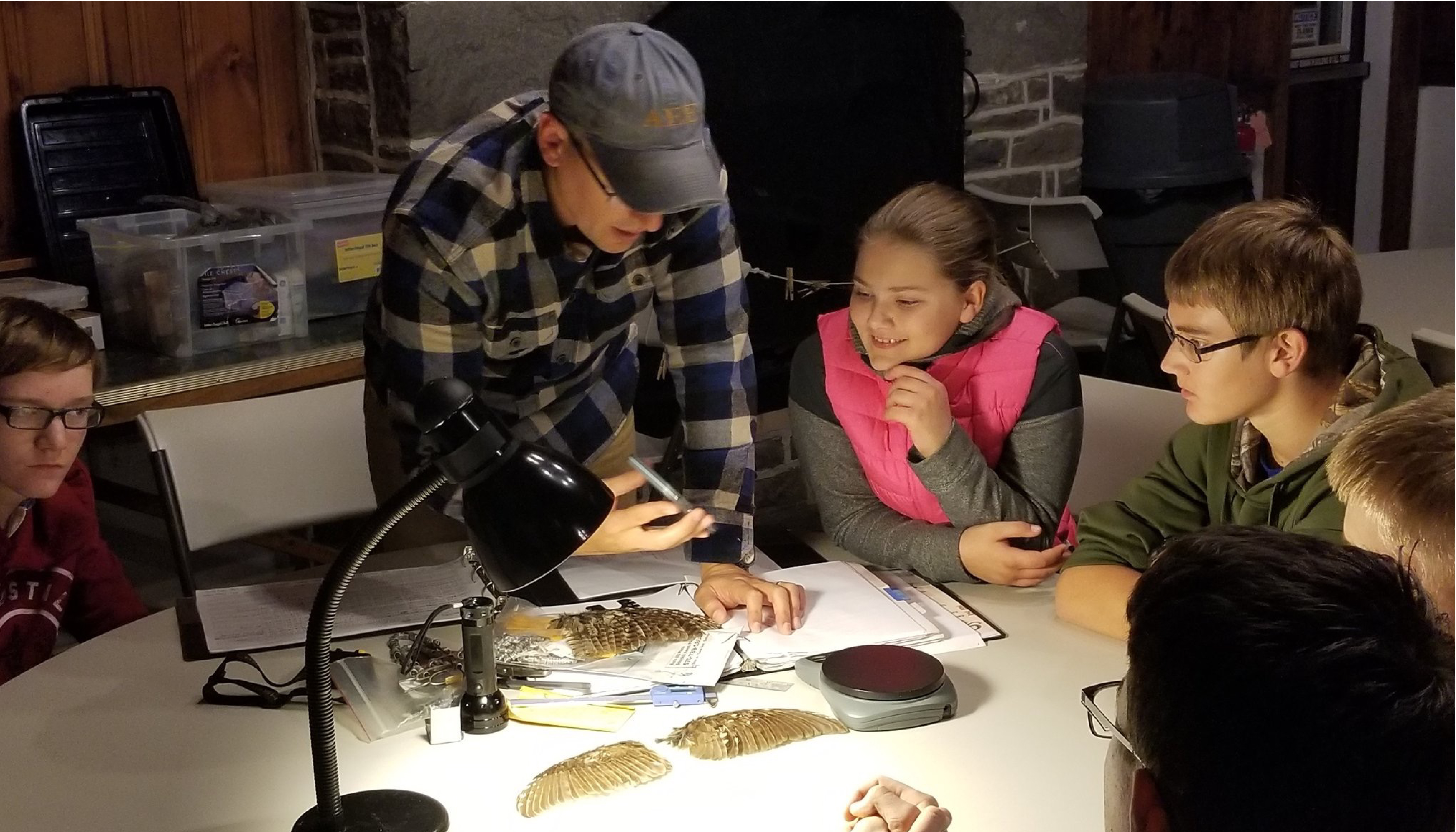 Banding the Most Enigmatic Owl in the State

This week’s blog post was written by Devin G., a Bucktails Alumni! He describes the saw-whet owl, and the opportunities he has had to work with this elusive owl population.

Every year for the past five years, I have had the opportunity to observe the banding of saw-whet owls. Usually, in November, members of my Envirothon club would travel to the banding station in Schuylkill County where the Ned Smith Center conducts their research. There, they capture and band owls, recording important data about migration patterns and the overall health of individuals. The process of capturing an owl sounds easy; stringing up thin, almost invisible mist nets, playing a mating call and waiting; but the owls don’t always fall for the trick so easily. Although they may not be successful all of the time, there have been accounts of the Ned Smith Center crew catching an excess of forty owls at a single site. Of course, of all the times I have been at the station, we’ve only caught three owls.

After the owls are caught in the net, which is completely harmless to them, they are carefully removed and placed in bags, which calms them down. Then the banding process begins. First, each saw-whet is fitted with a lightweight, numbered leg band issued by the federal Bird Banding Lab. Then its age and sex are determined, it’s weighed and a variety of measurements are taken, all of which help scientists learn more about these elusive owls. Occasionally feathers or blood samples are taken for DNA research, or to help study the spread of diseases like West Nile virus or Lyme disease. A few owls are even fitted with small radio transmitters barely the size of a pencil eraser, which help track their movements.

When determining the sex of an owl, some traits may help sort out whether it’s male or female. Females tend to be larger than males by about twenty-five grams and have a longer wing chord, or the length of their folded wings. These aren’t always accurate but are a good rule of thumb. The owl’s age is even more difficult to determine, and although it is tough to do, the process is fascinating. Unlike most groups of birds, owls have a pigment in their feathers known as porphyrin, which fluoresces under ultraviolet light. Porphyrins degrade quickly when exposed to sunlight so older feathers are more pale and dull. That means that newer, recently molted feathers glow brightly, helping banders work out an approximate age.

Owl banding has helped scientists learn a lot about the migration patterns of saw-whet owls. Due to the data recorded at these stations, researchers have learned more about the migration patterns of male saw-whets. For a previously unknown reason, only six percent of the owls caught in nets were male, even in nets without the male mating call. With more insight into migration patterns and the ages of these males, scientists theorized that only females and yearling males migrate, while adult males stay at the mating sites year-round. This behavior would be unique to saw-whet owls when compared to other raptors, and it was discovered through banding.