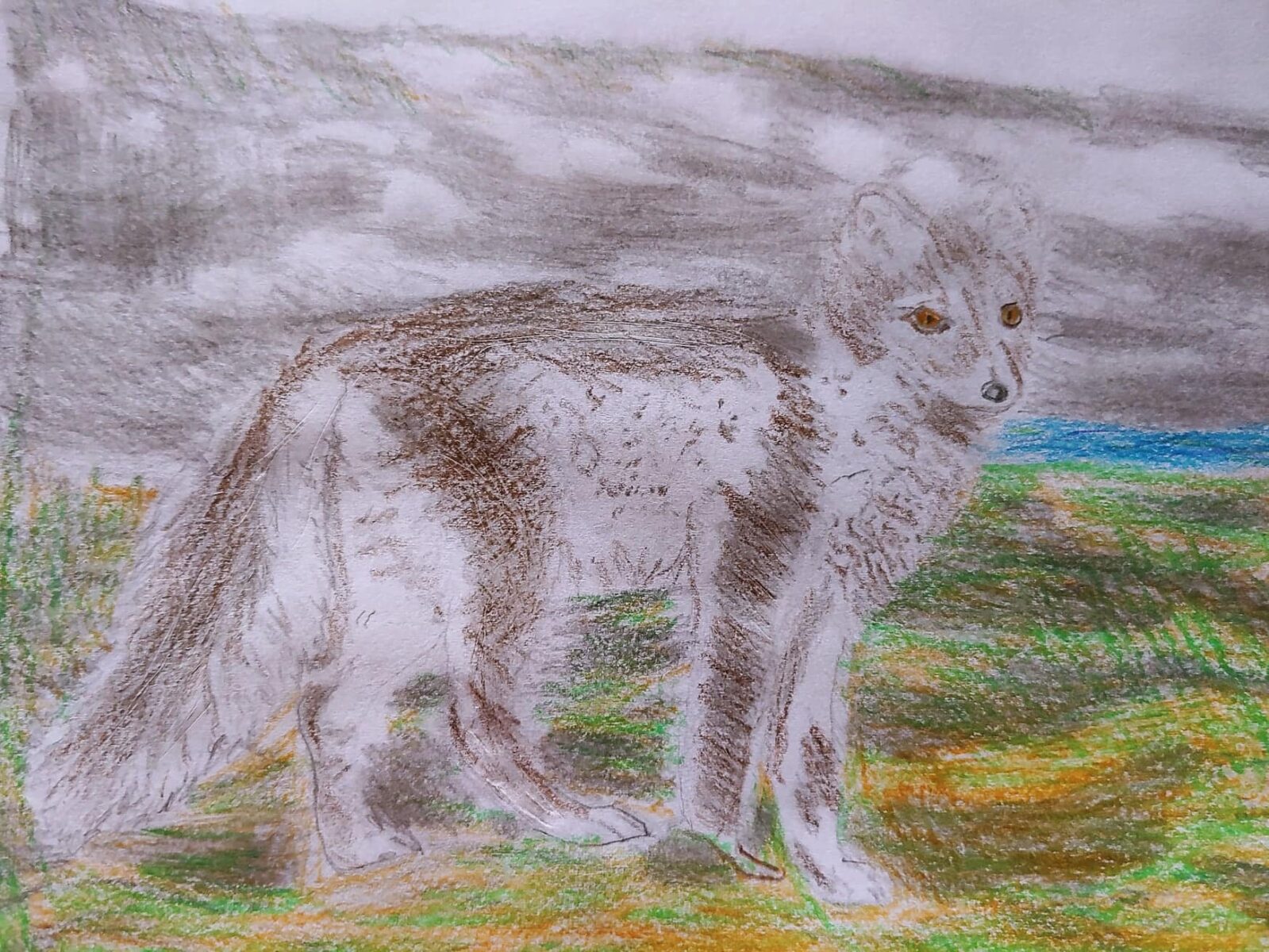 I Sure Hope You Can’t See Me!

Animals come in many different shapes and sizes…and sometimes even colors, too! Most people think about chameleons when they think of creatures changing colors, but they certainly are not the only ones with this ability. Different animals and bugs can sometimes change the color of their fur, feathers, and exoskeletons according to the weather. This act is called camouflage and serves more than simply to blend into the environment.

A great example of an animal who uses camouflage as protection when seasons change is the arctic fox. In the spring and summer, this creature’s fur is short and brown. This allows it to not only blend into its surroundings but also to keep it cool. However, when the weather begins to cool down, the arctic fox’s fur lengthens and turns white, keeping it warm as well as hiding the fox in the snow and the ice. The camouflage has a dual purpose for arctic foxes when it comes to food. Being a species in the middle of the food chain, it must protect itself from predators as well as prey. By blending in with the environment, these foxes can hunt their own meals and avoid being another animal’s. Like the arctic fox, the ermine’s coat whitens during the winter for added protection from the cold and food.

Mammals are not the only kind of wildlife that changes colors in the winter for protection. The rock ptarmigan is a bird whose feathers will change color, as well. Like the other animals, in warm seasons, the feathers tend to be brown with hints of yellow. When the weather cools, the plumage whitens so predators will have a harder time finding them. They make a curious contrast to other birds associated with the winter. Unlike the ptarmigan, cardinals and blue jays maintain their vibrant colors. The only exception to this is the late spring, where the male ptarmigan waits longer to molt its winter feathers, so it is more attractive to females. In this sense, the camouflage is acting as almost a bait for the female, which is not discussed very often, but a very interesting adaptation. Beyond the marvel that is natural camouflage lies the variety of reasons why different species change their colors and for what reasons. Not only do they allow for animals to blend in with their environments, the variety of colors they utilize help to absorb or reflect light for warmth and coolness. These colors are also used for mating and as a warning to predators that they may be venomous. Imagining how all these amazing adaptations came to be is simply mind-boggling!

← Final Fishing Outing of 2020
Our Insects are Declining: The Concept of the Insect Effect →