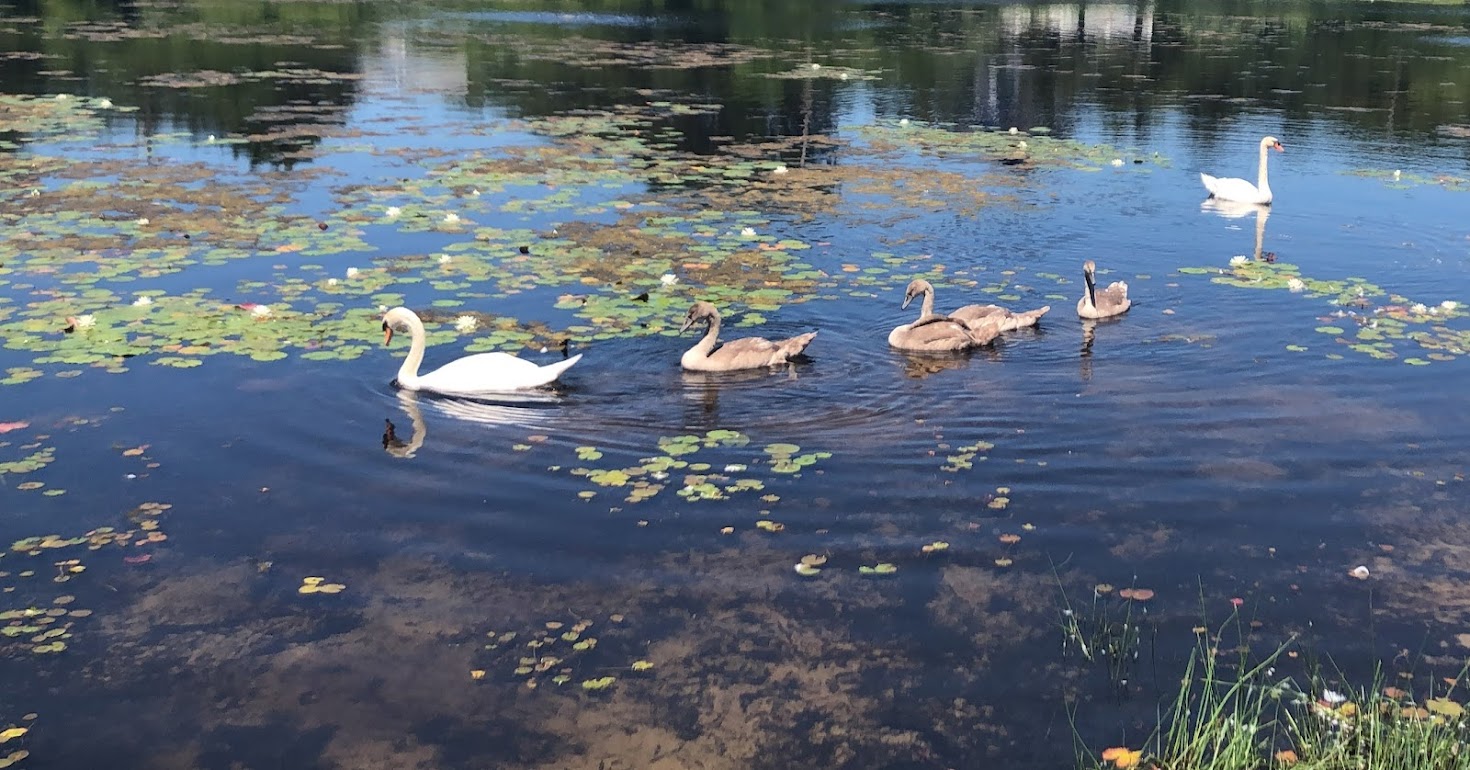 As a ballet dancer and dance enthusiast, I have always been infatuated with swans. With their long, elegant necks, magnificent wings, and unquestionable grace, many are drawn to these beautiful and seemingly ethereal creatures. A common sight at parks and various lakes across the United States, swans have become a part of everyday life and often a welcomed one at that. However, when receiving a dose of whimsy from your local swans, it is important to consider what type of swan you may be viewing and their impact on the environment.

Many people’s typical image of a swan involves an orange-billed creature. However, this species of a swan is not even native to North America. There are currently three species of swans found in North America. The trumpeter swan and tundra swan are both native–and also both have black bills–but the third type–the mute swan with its orange bill–is actually native to northern Europe, the British Isles, and north-central Asia. Originally brought to the United States in the mid-1800s to be used in city parks, zoos, and large estates, the mute swan has become feral in some parts of the country such as the Northeast, Mid Atlantic, Great Lakes, and Pacific Northwest. This transition from contained captivity to the wider environment has yielded some negative results for the ecosystems of North America. Now classified as an invasive species by many states (including Pennsylvania), mute swans seem to be showing their true colors in effect. With no natural predators and their inherent aggressive behavior, mute swans have been able to spread easily and multiply rapidly. Damaging to native waterfowl such as their native swan cousins and a number of ducks, mute swans have often been able to outcompete these other species. They have been particularly destructive in the Chesapeake Bay region of Maryland, displacing tenuous populations of black skimmers and least terns. Overall, their highly territorial behavior is destructive to native species.

In addition to their effects on other animals, mute swans are also damaging to native plants and aquatic ecosystems. Mute swans typically use their feet to disturb plants and roots for food, but this often results in a great disruption of surrounding plants and the overall ecosystem, uprooting many plants used by fish and invertebrates for cover. Additionally, these voracious creatures eat 4 to 8 pounds of vegetation per day, which leads to overgrazing within their adopted aquatic environments. And perhaps yielding the greatest blow, mute swans will only actually consume 50 percent of the vegetation they remove for foraging. The pompous swans bleed the ecosystems dry!

Besides their environmental impacts, mute swans have also been disruptive to human life. Their aggressive nature has led to more and more frequent swan attacks. Dogs, children, the elderly; swans do not care. If they feel their territory has been threatened, they will respond in kind. Further, in their common park environments, the growing number of swans has resulted in an overabundance and unwanted amount of fecal matter.

Finally, although air accidents are not common, the size of mute swans often results in highly dramatic and drastic accidents when a bird collides with a plane or other airborne machine. Despite the many disruptive issues resulting from the presence of mute swans and their recognition as an invasive species, popular opinion has largely favored these entrancing birds. Efforts to cull populations are largely rejected due to negative public outcry, and people overall want and expect to continue seeing the birds.

In short, while most people love seeing these majestic creatures, it is worth acknowledging that their presence here is unnatural and recognize that despite their beauty, they can be equally destructive. Namely, by allowing these beautiful animals to thrive in North America, we are losing other beautiful species such as the native trumpeter swan. It is not the fault of the swans that they live and breed here, but invasive species are almost always the result of human actions, and thus it is equally our responsibility to resolve these pernicious effects in order to effectively conserve the native environment.

← Fun Day on the Water
January Student of the Month -Claire C. →