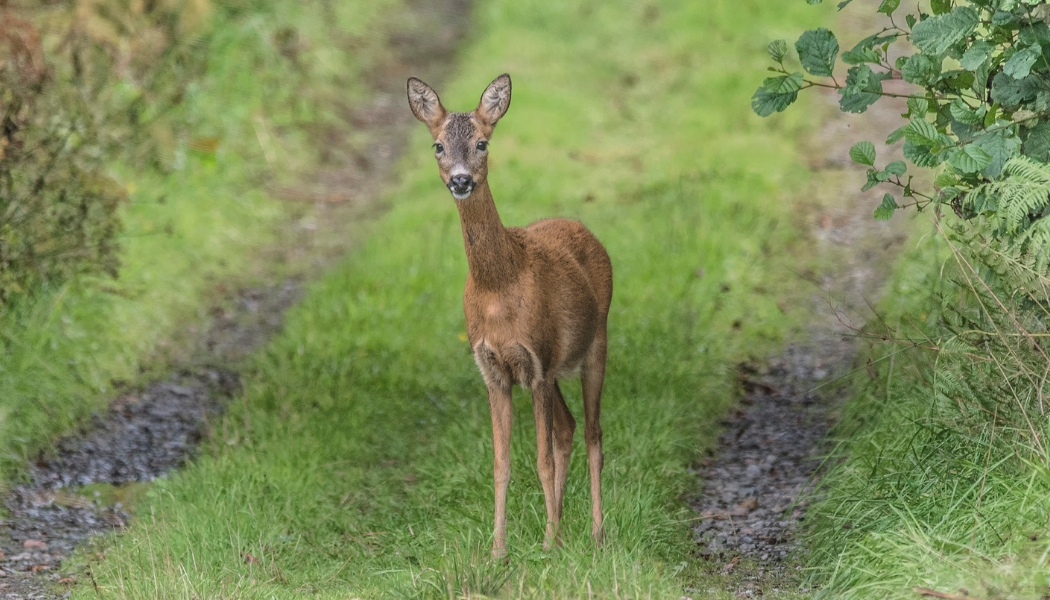 On The Hunt: The First Day

This weeks blog post is from Rosalie S., a Bucktails alumni! She writes about her encounters with various deer during the first morning of archery season.

We woke before the sun was even close to rising, around for 4:00 am, and got ourselves ready for the oncoming day that we had been looking forward to for around six months. I was laying in bed for a while before my alarm finally went off, and when it did, I reached toward my bedpost to grab my phone. I have other friends that were looking forward to this day just as much as I was and I texted them despite the early hour, knowing that they were just as half awake as I was. To my surprise, I got a text back, but I could tell it was indeed a half awake one. I chuckled at my friend’s response and then quickly proceeded to get ready for the day. The opening day of the 2018-19 archery season was one of the best days any hunter could ask for. There was a low fog that had settled along the ground, but it allowed the luminous three-fourths waxing moon and its stary friends to cast enough light across the earth to give my father and I enough light to not have to use our headlamps. The air was a chilly 52 degrees, perfect to get the deer up and moving. The walk up to our spot was a bit of a hoof, and it didn’t help that our stands were probably too heavy. But for the first day, that was normal.

As soon as we huffed and puffed our way up to a spot where we could take a break, my Dad and I discussed the exact areas we would be covering. We settled on putting myself on the top of an acorn flat and my dad went above me about a fair shouting distance away. We parted ways and I shuffled up a young white oak tree as quickly as I could. It took about half an hour of quiet time before I spotted something that seemed a bit suspicious to just be a tree stump. It was still quite dark and my eyes could have been playing tricks on me, but I kept watching the figure. As the sky lightened with every minute, I identified the figure as something alive. I slowly and quietly picked up my trusty Mathew’s Avail and stood up in my stand. I watched the figure move across the ground within 30 yards and my mind itched to draw on the supposed deer, but I knew from many years of teachings from my Dad to thoroughly identify the target before throwing arrows at it. The deer past before it was light enough to identify and I reluctantly put my bow back down. In another half an hour, another figure appeared and I was positive it was a deer, but buck or doe I was unsure. I picked up my bow again and watched the deer quickly head down over the ridge out of sight.

It was a while before the next deer showed up, but this time it was a yearling spike buck. I watched him for a while as he chomped away on the freshly fallen acorns and pawed for other tender bits of food. Eventually, he trotted away from my stand and headed down the ridge. The stretch of time before I saw another deer was greater than the first drought, but just like the last, they came eventually. However, this time, they came in a group of five.

It seemed to be a whole family when I first spotted them, leading from grandma to two daughters, to two fawns per daughter. They were completely unaware of my presence and I eyed the grandma eagerly, hoping and wishing she would step into the range of my bow. I watched the group for about forty-five minutes before they began to move away, none of them making it into my bow range. I watched them go sadly but knew I would encounter the family again the next time I was hunting the area.

I was unable to go back for an evening hunt due to a school activity, but the first day of the season was a great one. The morning was full of excitement and I saw about 8 deer in all, but sadly, none of them that I wanted to harvest stepped into my bow range. I knew I would be back after them soon enough and hopefully, they would show their faces again.