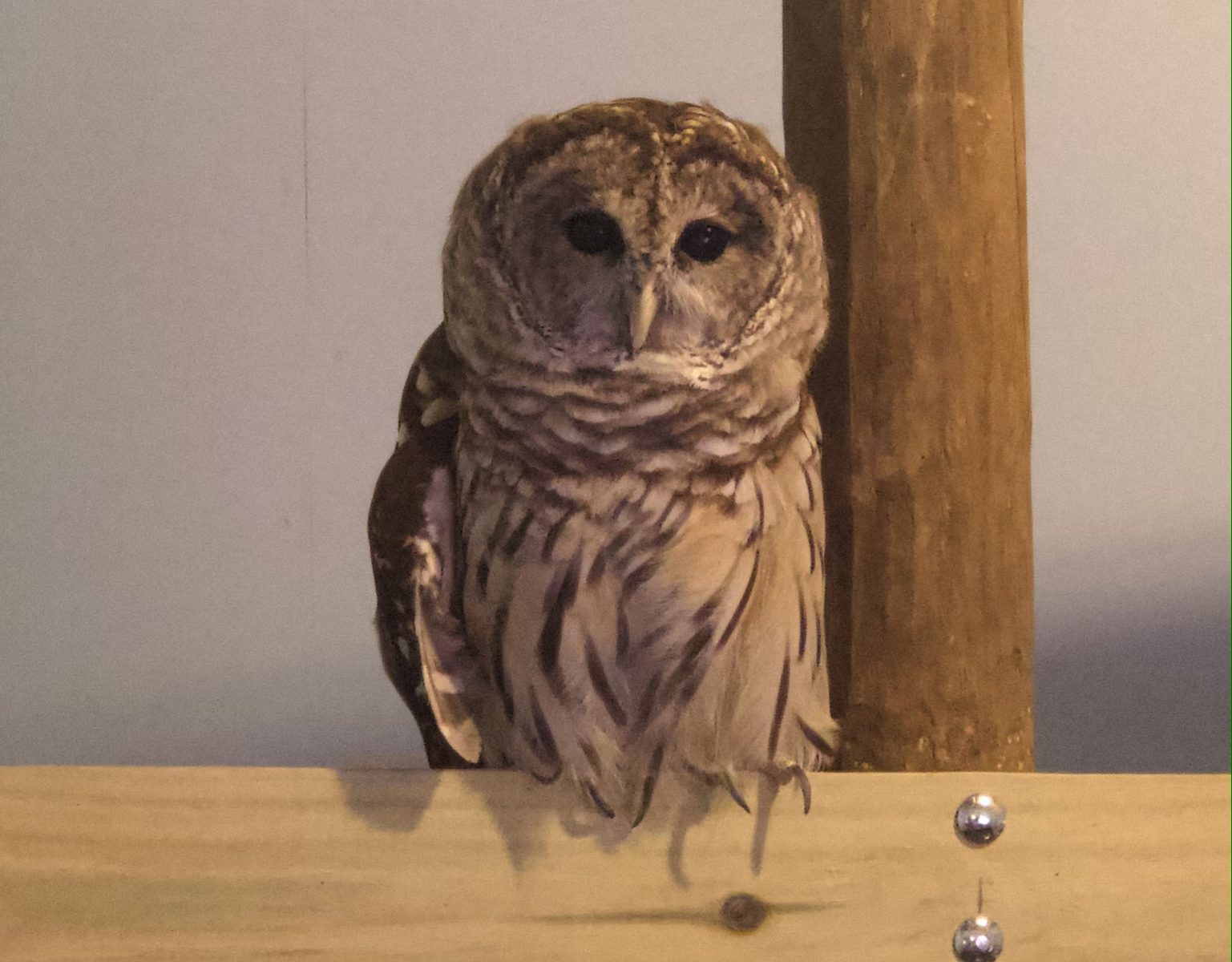 This week’s blog was written by Paige F., a Bass alumni. She writes about the importance of raptor rehab programs.

Raptors are types of birds that have sharp talons, hooked beaks, strong eyesight, and they are carnivores. They are also an important part of the food chain because they can control the populations of many smaller prey animals, or in the case of vultures, they eat previously dead animals. Many of these birds are currently endangered, and become harmed by many different causes. Some will sustain injury from fighting other raptors or larger predators, while many in today’s world become injured from man-made causes. It’s more common than many may realize for these typically large birds to be hit by cars, tangled in barbed wire, or hurt from other human causes.

When an injured raptor is found they are brought into a special program called raptor rehab. Raptor rehab is focused on the rehabilitation of injured raptors. This essentially means that injured birds are brought into a facility so that their injuries can be treated, with the intention of releasing them back into the wild after they have healed. This is done in hopes of decreasing deaths in the community. By decreasing deaths more raptors will be able to live on to reproduce, causing the numbers to increase in future generations of birds. Sometimes birds are unable to be released back into the wild due to the nature of the injury, amputations and broken bones healed wrong tend to be the most common injury that prevents a bird from being released back into the wild. While it may seem strange to not release all of the raptors, disabled birds wouldn’t be able to survive in the wild, as they would be outcompeted by other raptors or larger predators. When a bird can’t be released they are often sent to zoos to help educate the public about the endangered raptors.

There are many raptor rehab programs across the US, and many ways people can help to support them. Volunteering and donating are some of the easiest ways to help out raptor rehab facilities. Someone could also help by spreading the word about these amazing birds, and educating people about how their actions affect them. Sadly many birds receive fatal injuries from human activities but through programs like raptor rehab, it can be hoped that the overall population of raptors will increase over the years, and maybe one day all raptors can be pulled off the endangered and threatened lists.