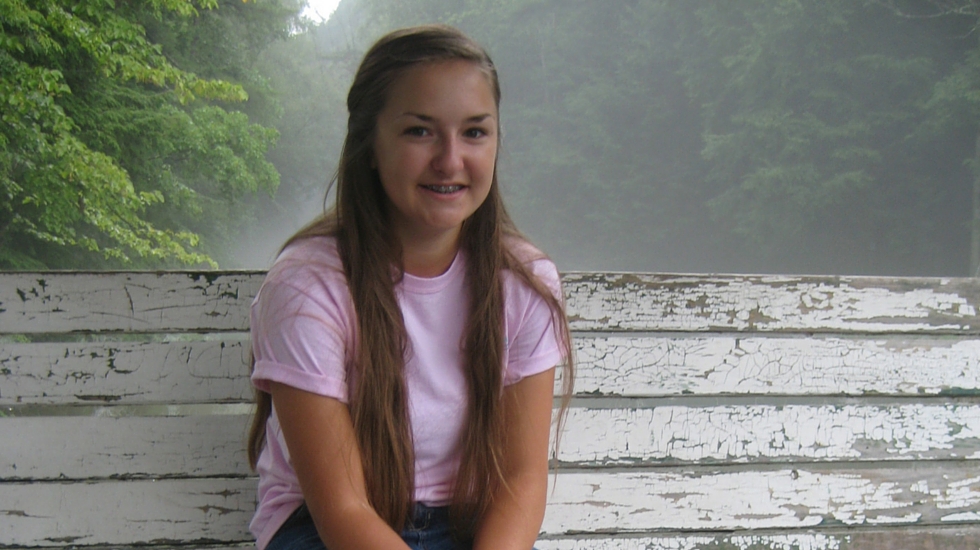 This post is written by Grace, a Brookie, and one of our Youth Blog Correspondents.  She went for a run one morning and stopped to appreciate some of nature’s tiniest creatures making their way across her path.

Early one fall morning, as I started my run on Cliff Walk, situated along the Rhode Island coastline, I breathed in the salty fresh air, and started off. While enjoying the crashing waves and calming, overcast sky, I took in my surroundings. Noticing the wet and slippery asphalt on which I was running while trying to avoid the mud, I started to see little snails sliding out of their grassy habitats. Drawn out by the damp conditions, these small gastropods were beginning their day in the early morning light. Stopping to help the little critters cross the path, I quickly warned other runners of the terrestrial snails, and to beware of crushing them underfoot. 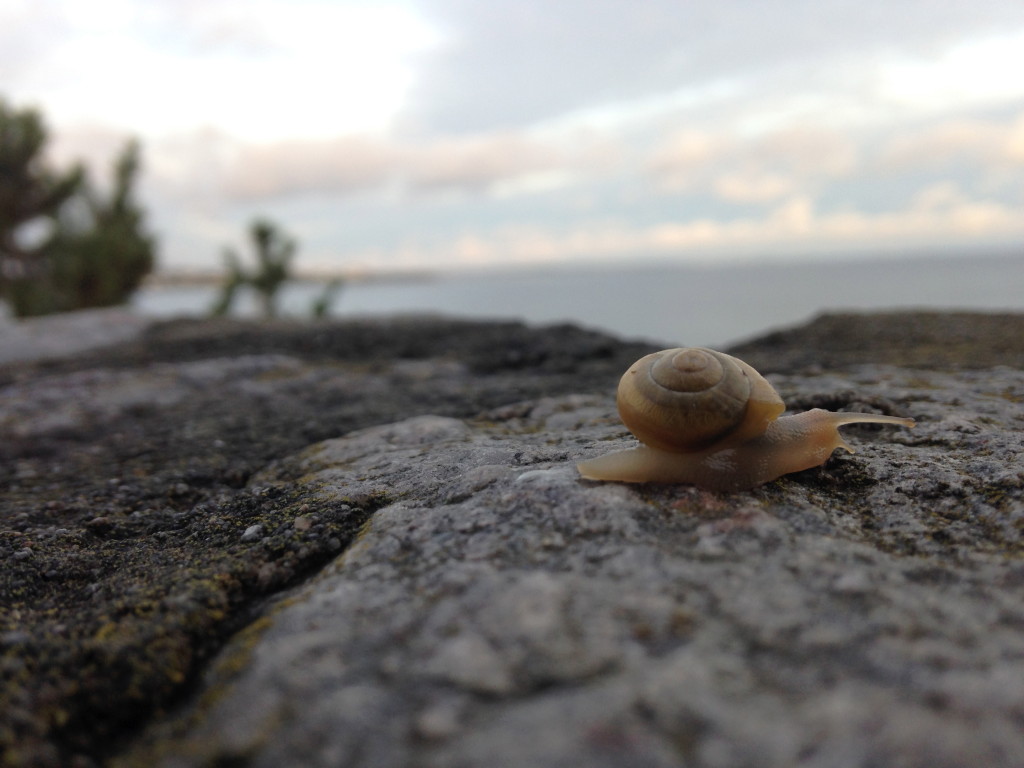 While admiring the snails against the cool stone ledge, I noticed that each snail had its own shell coloration. Although some were darker with a blondish swirl, others had the exact opposite, or even carried a reddish color with brown spots. These miniature mollusks grew my appreciation for my already favorite Cliff Walk. Once the sun came out and the morning grew brighter, the snails retreated back to the shelter of the shade. As I bid them goodbye, I realized that even the smallest varieties of wildlife could make a fantastic impact on wildlife lovers everywhere, and they definitely added a special layer of happiness to my early morning run.

← The Life of a Minnesota Lake
Snake Catcher →