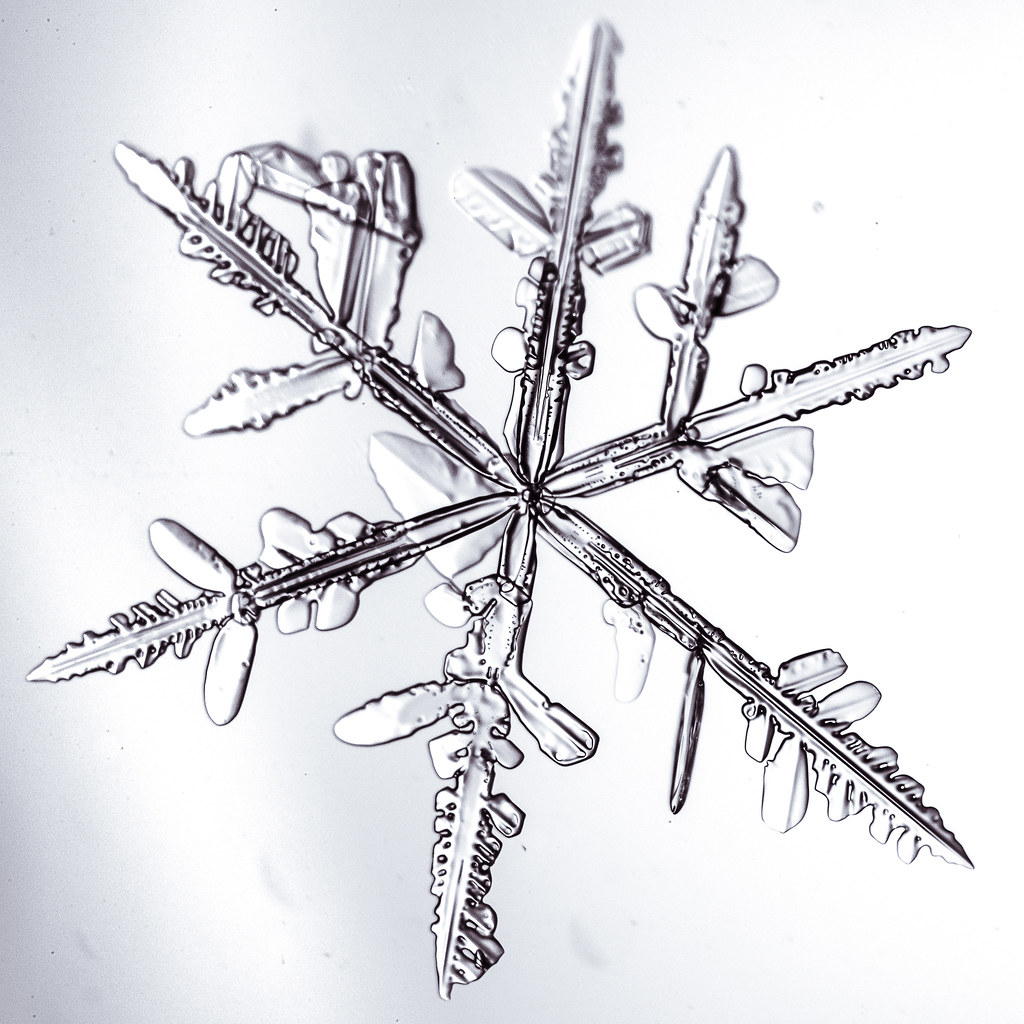 Why Every Snow Flake is One of a Kind

Snow is everywhere during the winter, it piles up on sidewalks and driveways, serves as a fun sculpting material, and makes a great runway for sleds. Winter is not quite complete without it. It’s hard to imagine that so many little flakes create the covering for an entire winter wonderland. Everyone has heard the term no two snowflakes are alike, but does everyone understand why this is possible?

The forming of a snowflake is surprisingly complex. Like other forms of precipitation, snowflakes begin to form inside clouds. The formation process starts when water droplets stick to small particles of other matter such as dust or pollen. The overall shape depends on the type of molecule that is crystallizing. The molecules in water form a hexagonal shape when crystallizing, which is why snowflakes always have six sides. How thin, thick, or long these bases are depends on the temperature and humidity of the cloud that the snowflakes are “born” in. These conditions change and differ in every layer of a cloud making each snowflake base unique.

After the base has formed the branches will develop next. Water vapor will stick to a particular surface of the snowflake, usually the vertices of the base, and accumulate forming long thin branches. Branches are also influenced by temperature and humidity. These factors decide the length and shape of the branches which will also be symmetrical. The branches form symmetrically because the conditions around the snowflake are also the same, although it is possible for a branch to be damaged or break off. Snowflakes can go back and forth between forming bases and branches in their development. The frequency of the number of times it switches between forming bases and branches depends on the little differences in temperature and humidity that they encounter as they descend to the ground. This is why some snowflakes will look flatter and fuller while others look elongated with multiple layers of branches. What also matters is the motion they experience while they fall. For example, if the snowflake is spinning it can affect where and how the water molecules stick together.

Overall, snowflake molecules are extremely sensitive to all of the changes in their environment during their development. Some changes are almost undetectable but can still impact the way a snowflake forms. It is because of these sensitivities and constant variables during formation that it is practically impossible for two snowflakes to form exactly the same way.

← Fires in Gatlinburg
The Shapes of Nature: How Do Icicles Form? →