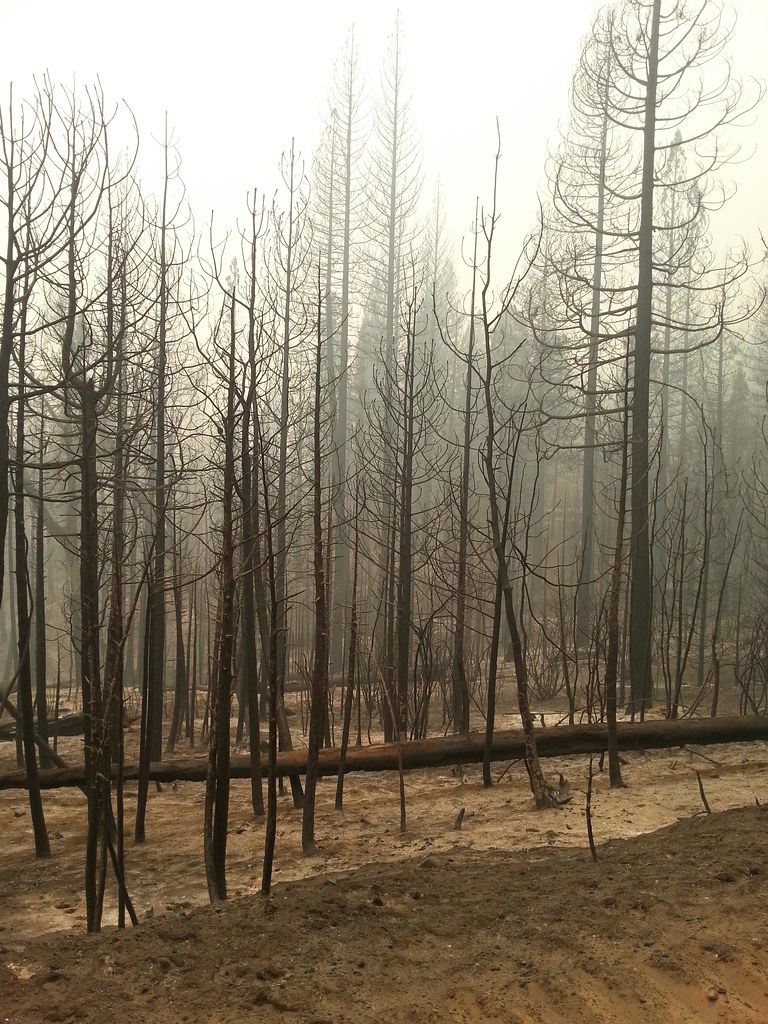 This week’s blog was written by Abigail T., a Bucktails alumni. Abigail enjoys studying animals in their natural habitats as well as how their presence is able to impact the environment they live in. She isn’t sure what career she would like to pursue, but she is interested in possibly being a biologist, environmentalist, or doing something in Nature Conservation. Abigail wanted to attend the Academy because she really wanted more experience in conservation and ways that she could apply that knowledge.

The link between climate change and many of the current environmental issues is obvious. One of the most major concerns comes from the increase of carbon emissions in the Earth’s atmosphere which, in turn, causes the Earth’s temperature to be higher than normal. Higher temperatures on the Earth leads to the disruption of “natural” climates and making it a normality for environmental incidents to occur; regarding more earthquakes, less or more rainfall, mudslides, the melting of the poles, and finally, the topic of the day, more extreme forest fires.

Most recently, California has been hit harder and harder in the years due to its dry climate that allows for so many forest fires to occur in the most drastic manner. Within 2020 alone, there have been about 8,000 forest incidents and almost 4 million acres have been burned or damaged.

It is important to understand that controlled forest fires or naturally occurring forest fires are positive for the environment. They help to “reset” old forests and make room for younger trees and are even able to reignite growth on the forest floor which will also reattract wildlife to the areas. But, the extremities of the fires occurring now are causing such negative impacts on the lands in California. They are able to cause extreme soil heating, which kills soil organisms— the naturally occurring nutrients in the soil, fine roots of necessary plants to a specific ecosystem, and beneficial microbes. The lack of these organisms in the soils will reduce forest rehabilitation and any sort of attempt to fix the areas with damaged soils will be difficult and expensive. As for some clear negative impacts, these fires will also cause air pollution from the increase of gaseous pollutants, such as carbon monoxide and nitrogen dioxide, etc. In addition, forest fires have the ability to increase indoor temperatures and cause heat waves in the areas that are tremendously damaged— this is due to the burning of forests which causes an overabundance of carbon dioxide in the air, which the trees would usually be removing from the atmosphere through photosynthesis.

However, the forest fires occurring in California are so out of control that it isn’t just the forests being damaged. Much of the civilized lands are being burned; destroying homes, businesses, and more. What’s more, the destruction of human materials is causing an increase in the initiation of particle pollution into the areas where properties are being demolished.

It seems as if California is only attempting to tame these fires, with the expectation of steps they’ve taken recently. They have begun to limit these large-scale, destructive, fires by intentionally starting small fires in areas where the brush or other excess vegetation could ignite a massive fire. The issue with this though, is that many residents don’t want these controlled burns to occur near their homes, despite the fact that many officials believe that these burns are the main thing that will help prevent the worst fires. Also, this past August, California and the Forest Service signed a plan and came to an agreement that it was necessary to prevent as many future catastrophic fires, like the ones that had occurred this past summer. Overall, it’s nice to see the Californian government taking steps to solve this massive concern, and hopefully, more green-energy activities are introduced to California so that the environment can begin to heal.

The photos used in this blog were sourced from the internet. They can be found here and here.