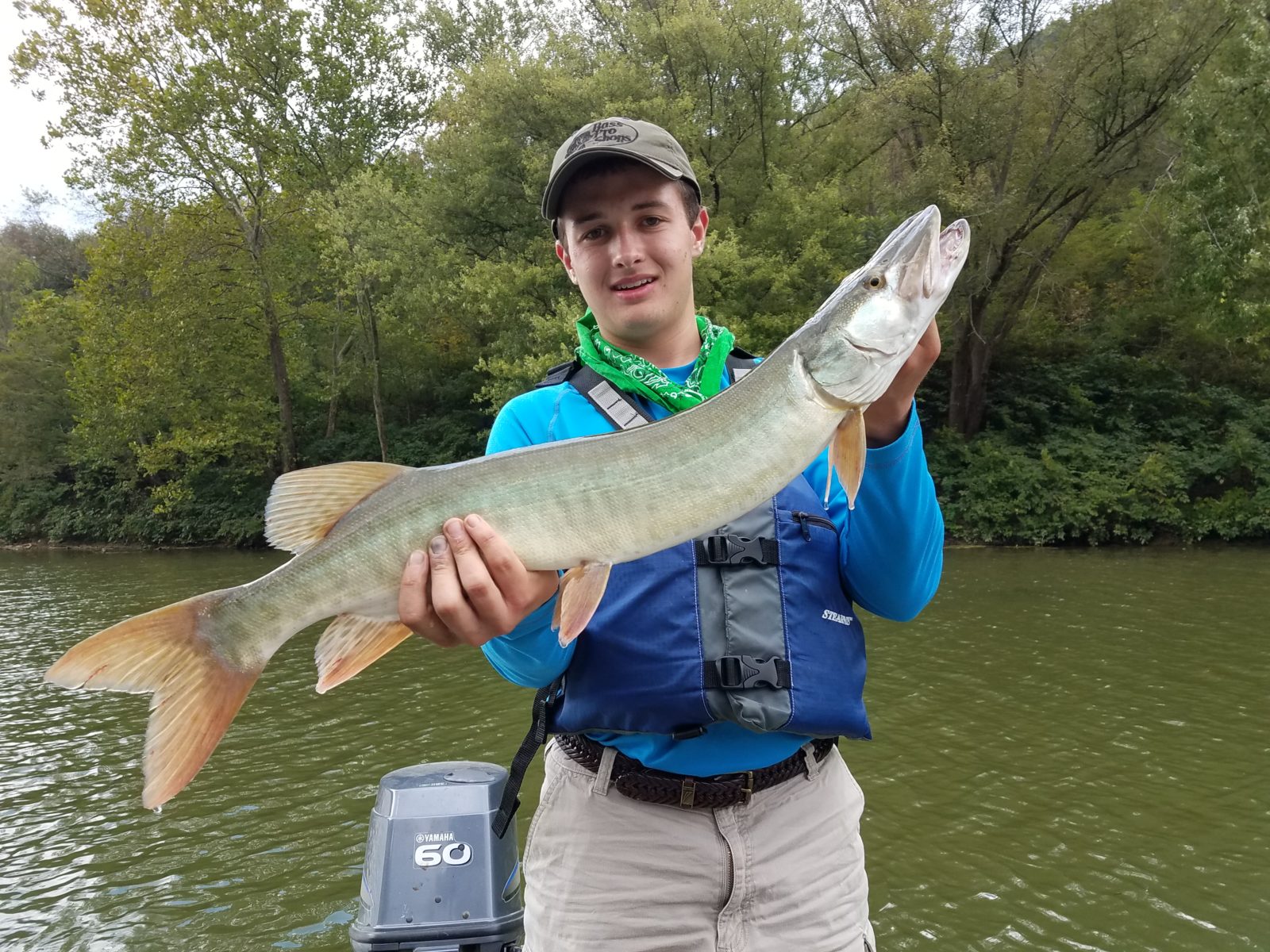 This week’s blog was written by Jacob D., a Brookies alumni. He writes about the struggles and rewards of fishing muskies.

There is a fish at home in Pennsylvania’s waters that are rarely caught by anyone other than those who specifically target them. Muskellunge, also known as muskie or the fish of 10,000 casts is the largest pike in North America. They are notoriously difficult to catch, but often reach over 20 pounds and occasionally grow longer than 50 inches.

Muskies are opportunistic feeders. They will eat small and medium-sized fish, frogs, waterfowl, rodents, among other animals that will fit in their mouths. Muskies inhabit lakes and rivers, but prefer warmer waters than Northern pike. They can be found in weed beds, sunken structure, drop offs, and other areas with lots of food.

Lures used to catch this fish are found in a variety of sizes and colors. They’re often over five inches long and many are over a foot in length. Few muskie fishermen agree on which size, style and color of lure are best. The best lure may depend almost entirely on the time of day and weather. Often, these fish are active for only a short time.

Finding and catching a muskie may be a lot of work, but they are truly an amazing game fish. Their size and aggressive yet elusive behavior makes them one of the most difficult fish to catch. This is why I target and respect the fish of 10,000 casts.